Great Patriotic war ended 75 years ago. This war changed the course of world history, the fate of people and the map of the world. Our people resisted the powerful onslaught of the highly organized and well-armed enemy — Nazi Germany and its allies. We survived and won.

For the Victory was paid the highest price — the price of life. The fate of each family the war left its mark. Grandfathers, grandmothers and great-grandmothers every day made the feat. They were going to die in offensive operations, they dug trenches and set up field hospitals, went to the woods to become partisans, worked in the rear. Each had his own business. And it was closer to the last day of the war.

Victory day is a holiday that unites generations.

Our task is to preserve the memory of the heroism of the people, its unity and cohesion, hard work and dedication, an incredible love for the Motherland has given us peace, freedom and independence. Victory day is a holiday that unites generations. We remember our history and are proud of it!

We honor and cherish the memory of the feat of our heroes. This year due to the difficult epidemiological situation, the new format of participation in the action "Immortal regiment online." 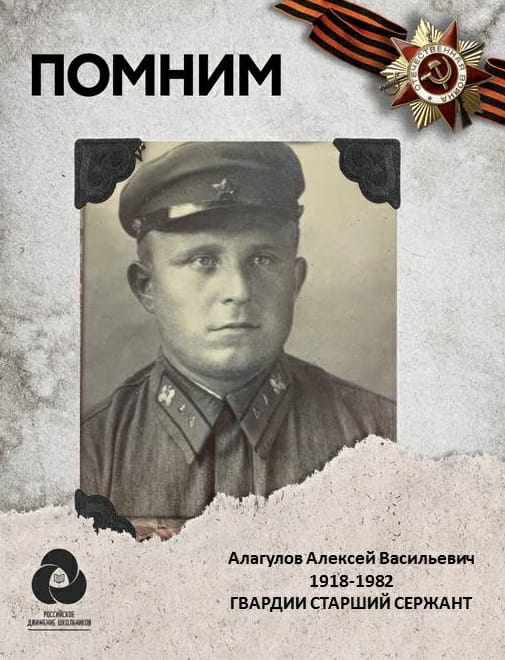 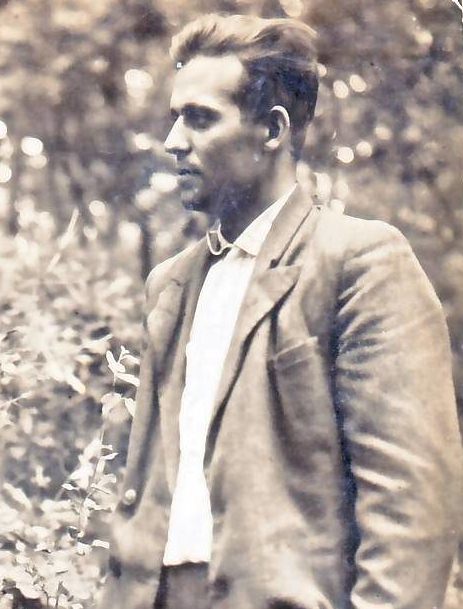 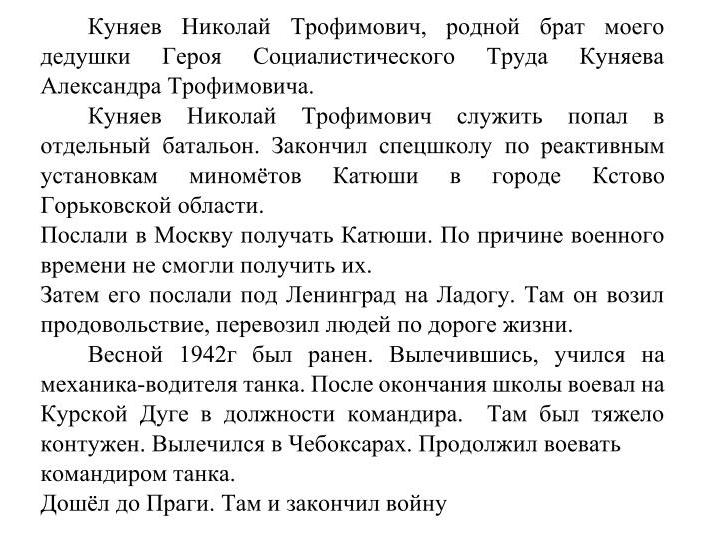 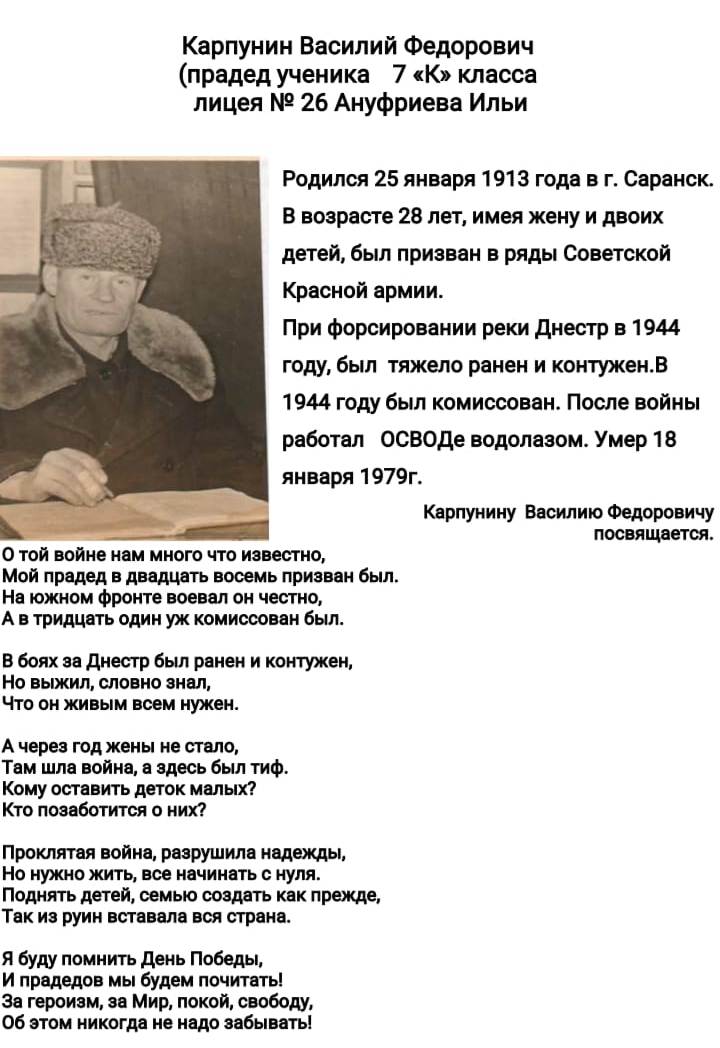 Dudko Peter Panteleevich was born 22 April 1918 the year in the village Lopatino in lyambir district. From childhood he loved to draw and entered the Penza art College. From where he was drafted into the Army. He served on the border with Germany.

June 22, the whole part of them was captured. Escaped from captivity. Joined the ranks of the Soviet Army. Came to Berlin. Has the medal for the capture of Berlin, Warsaw, order of the great Patriotic War of 2 degrees. After the war, worked all her life as an artist and died on 7 Nov 1995. 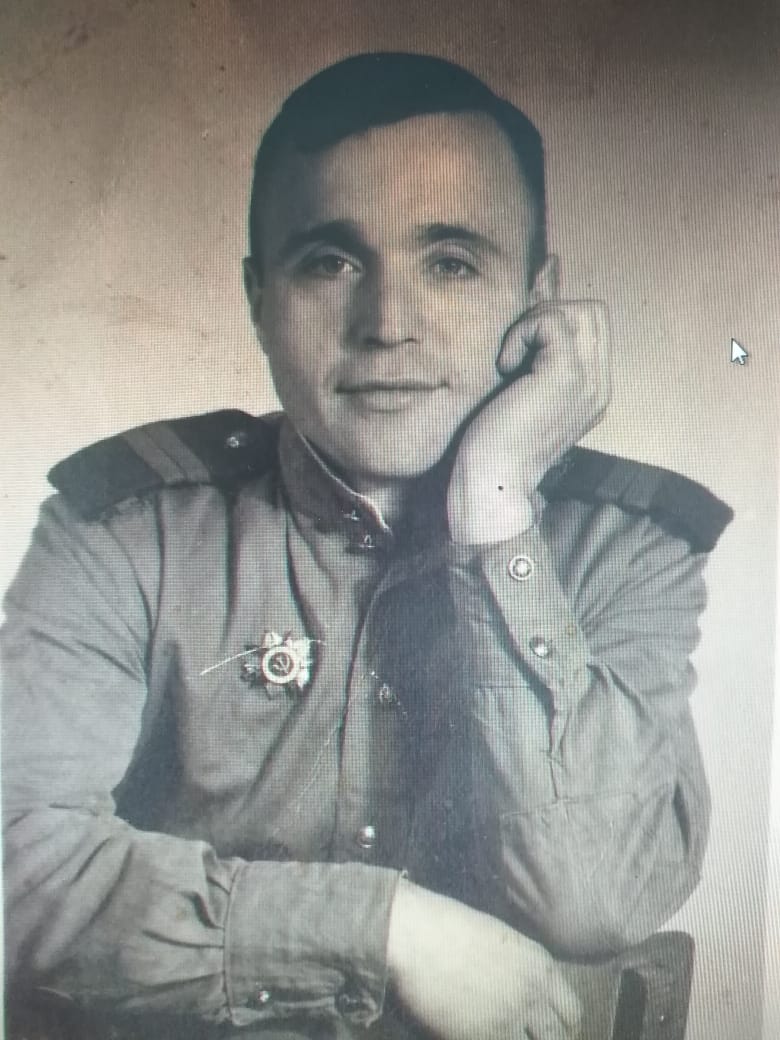 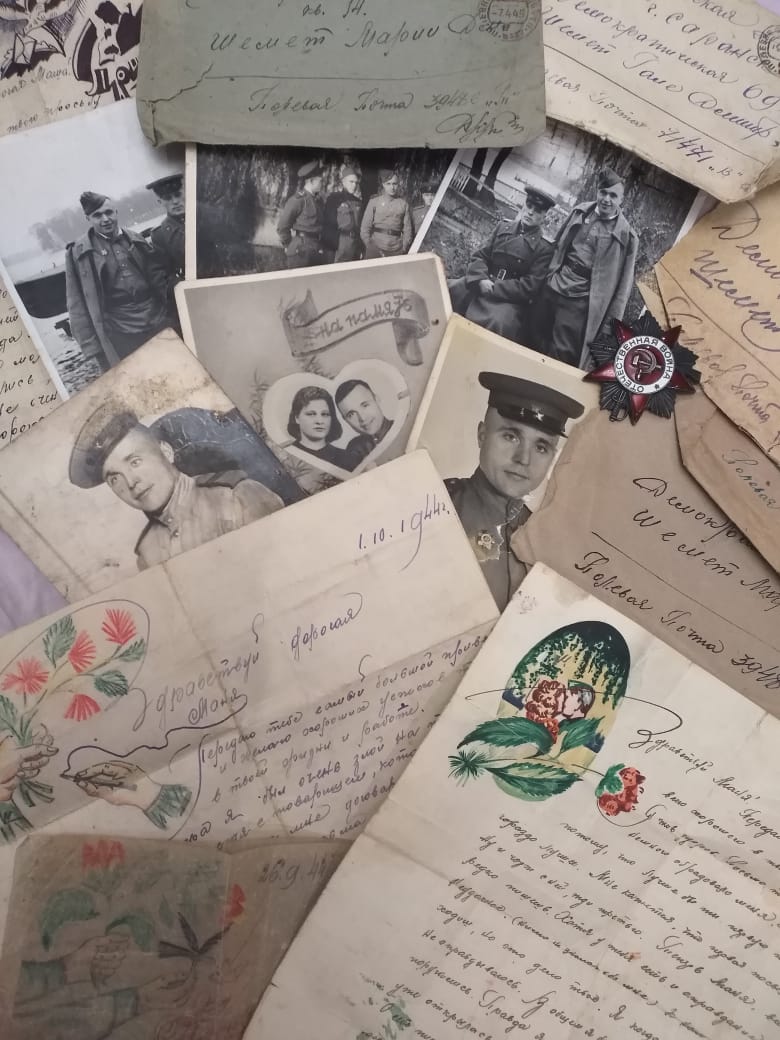 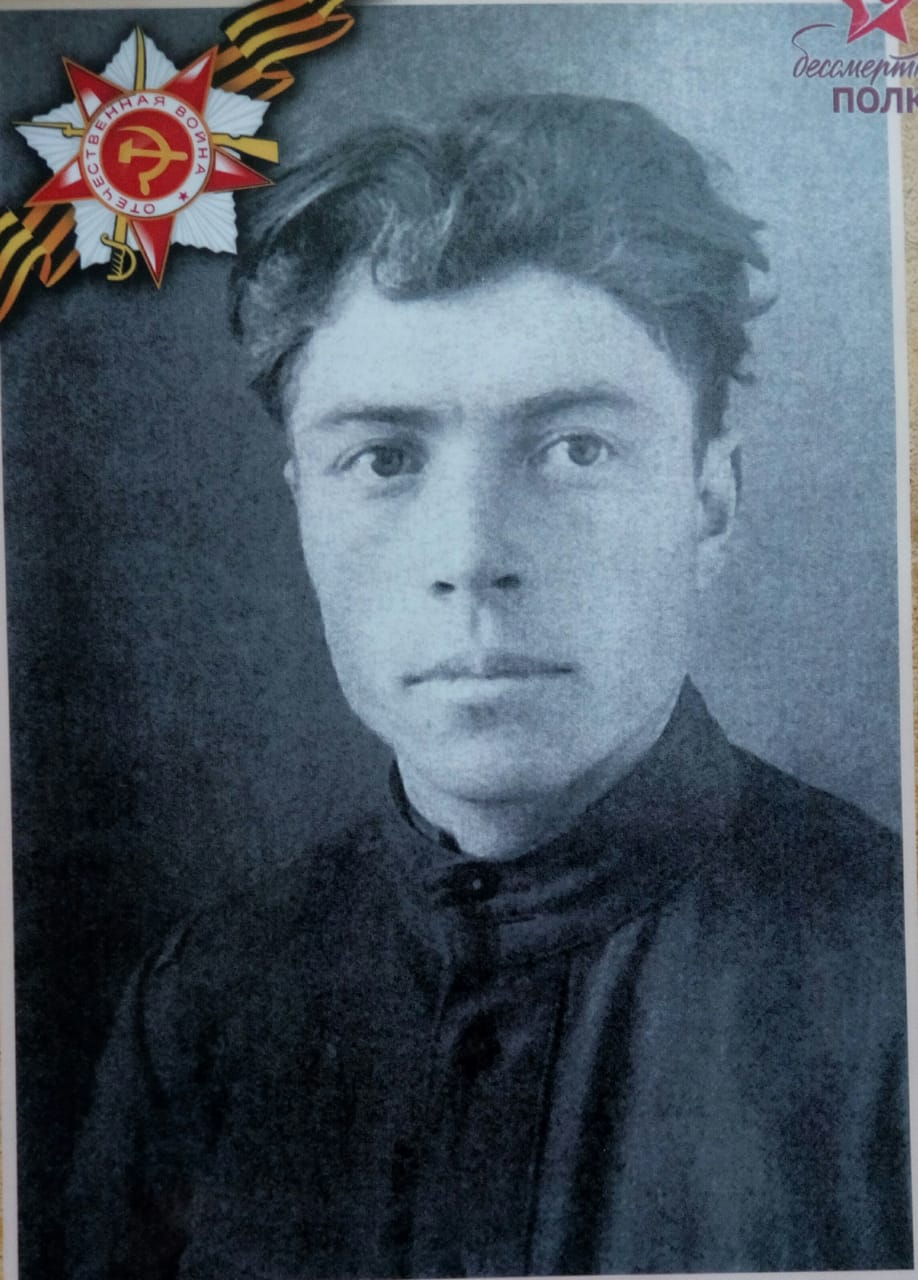 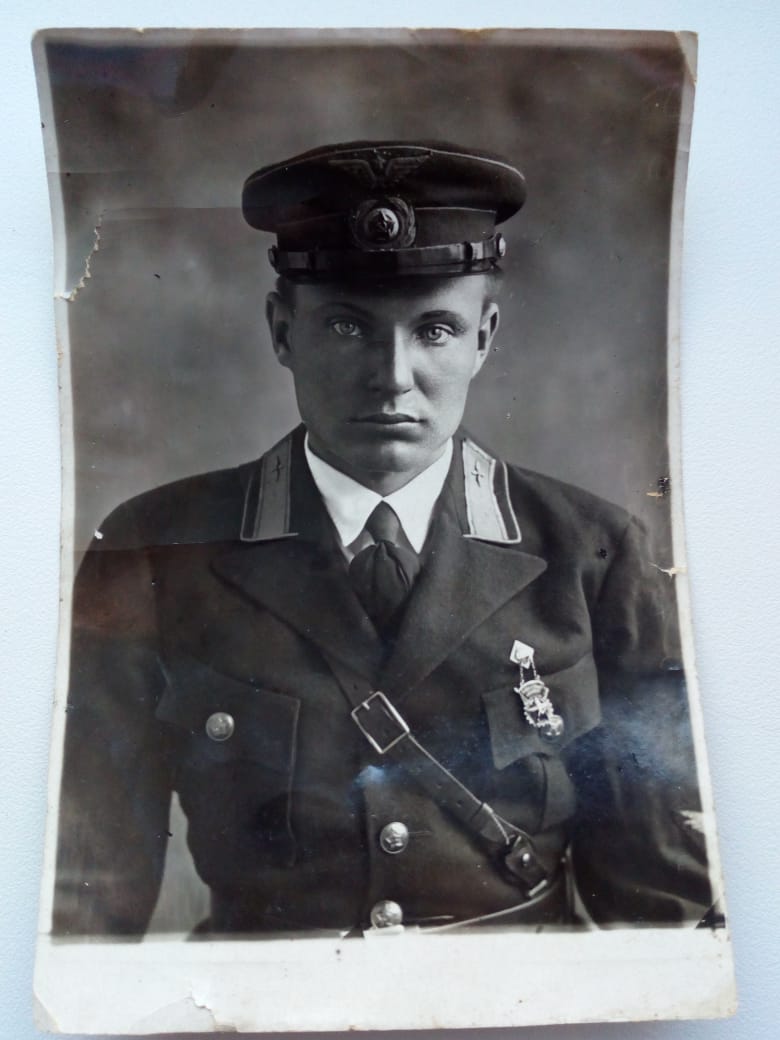 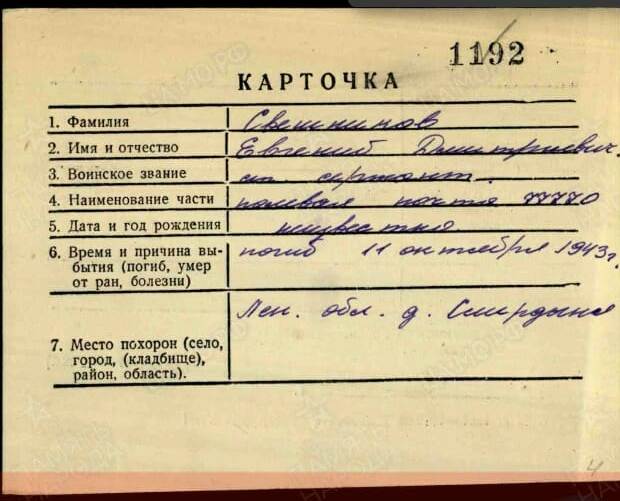 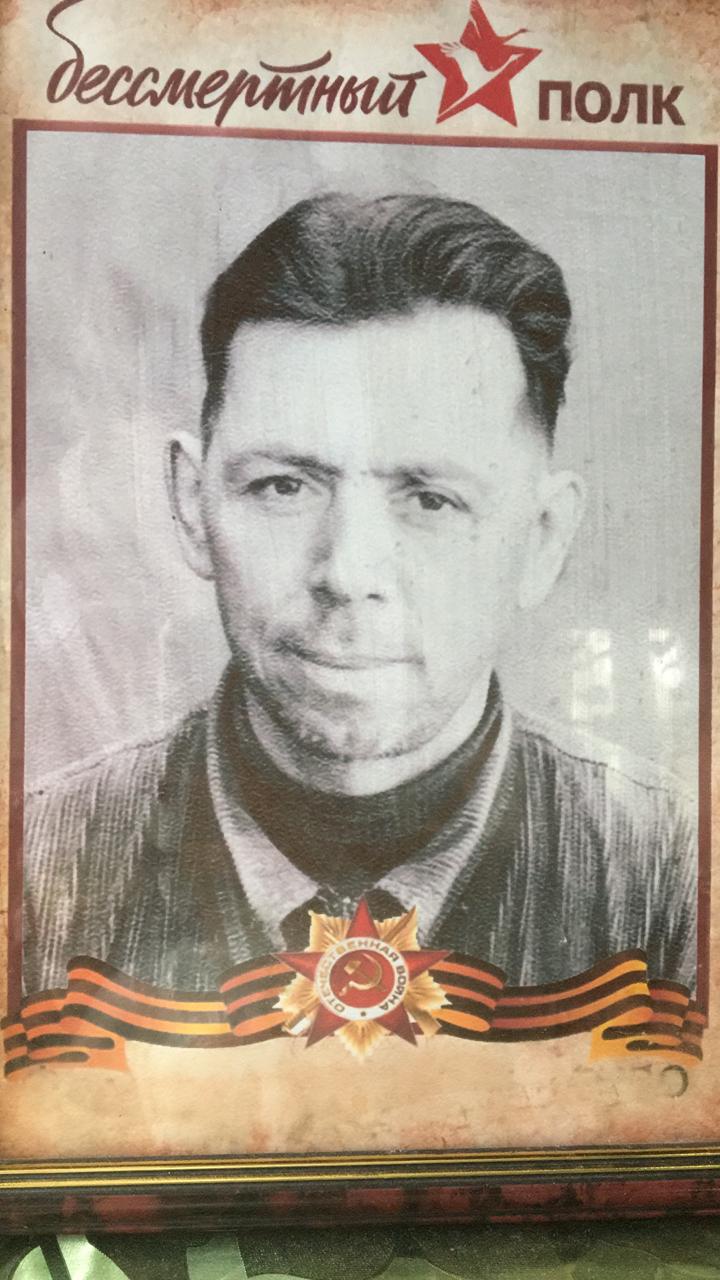 Service suffered as a orderly in a command structure. 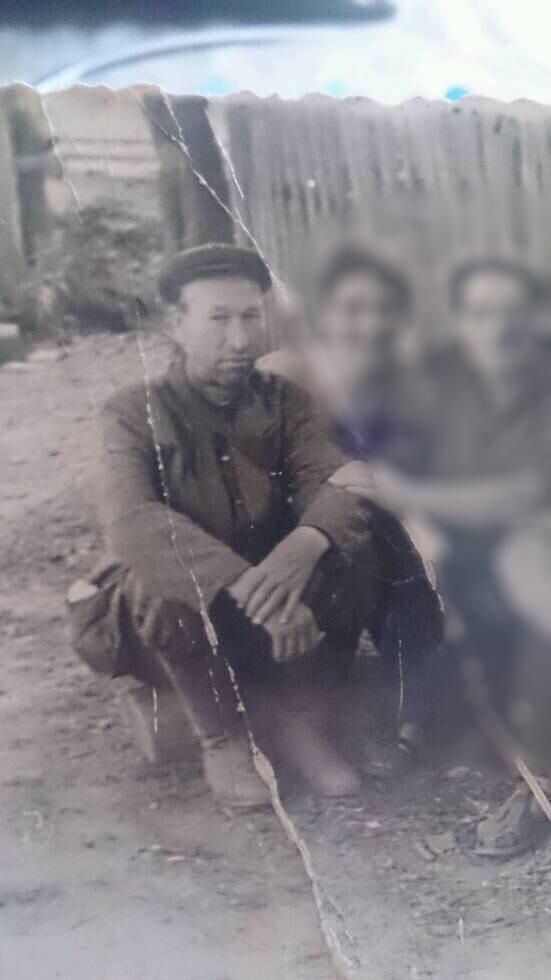 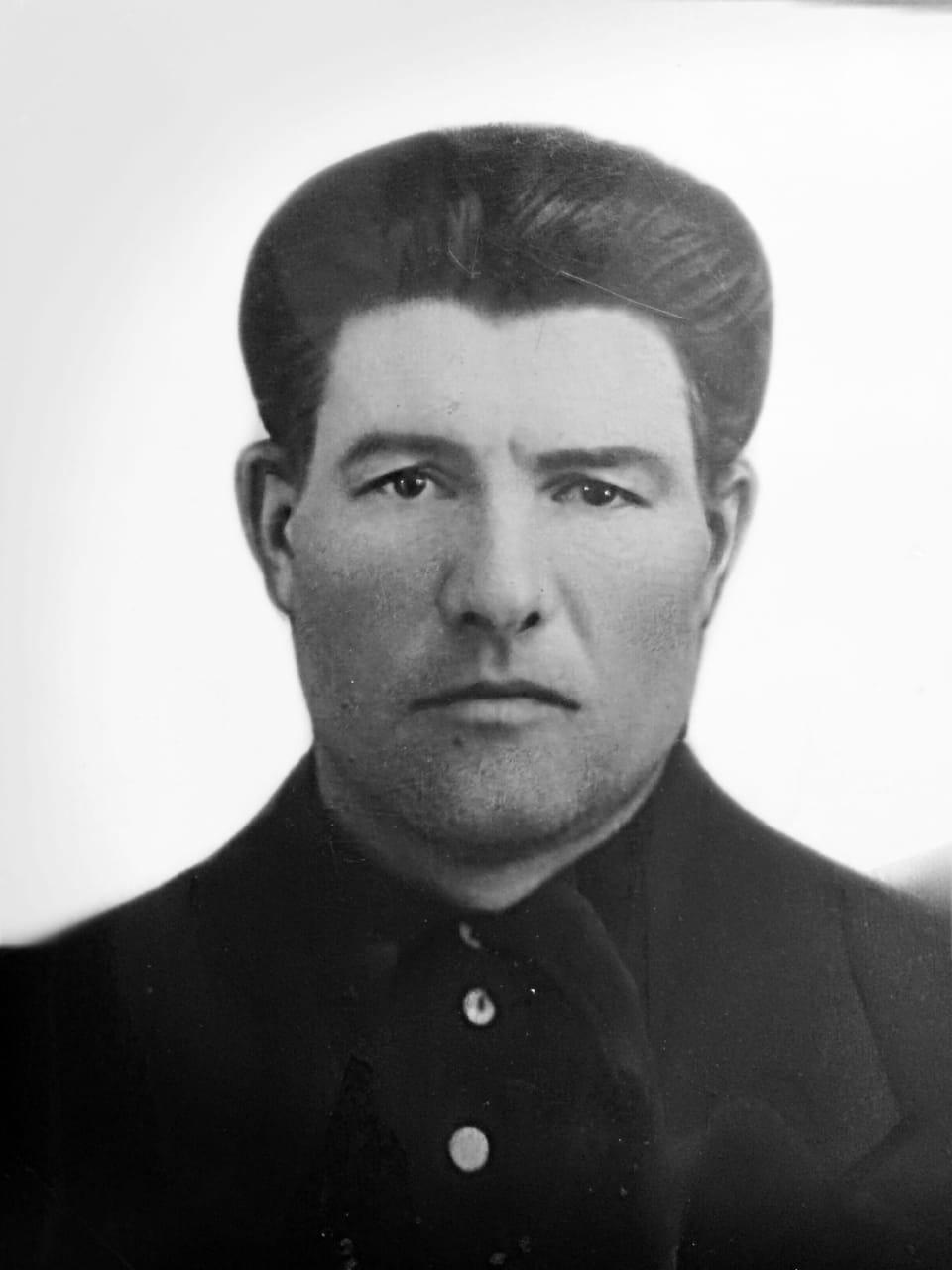 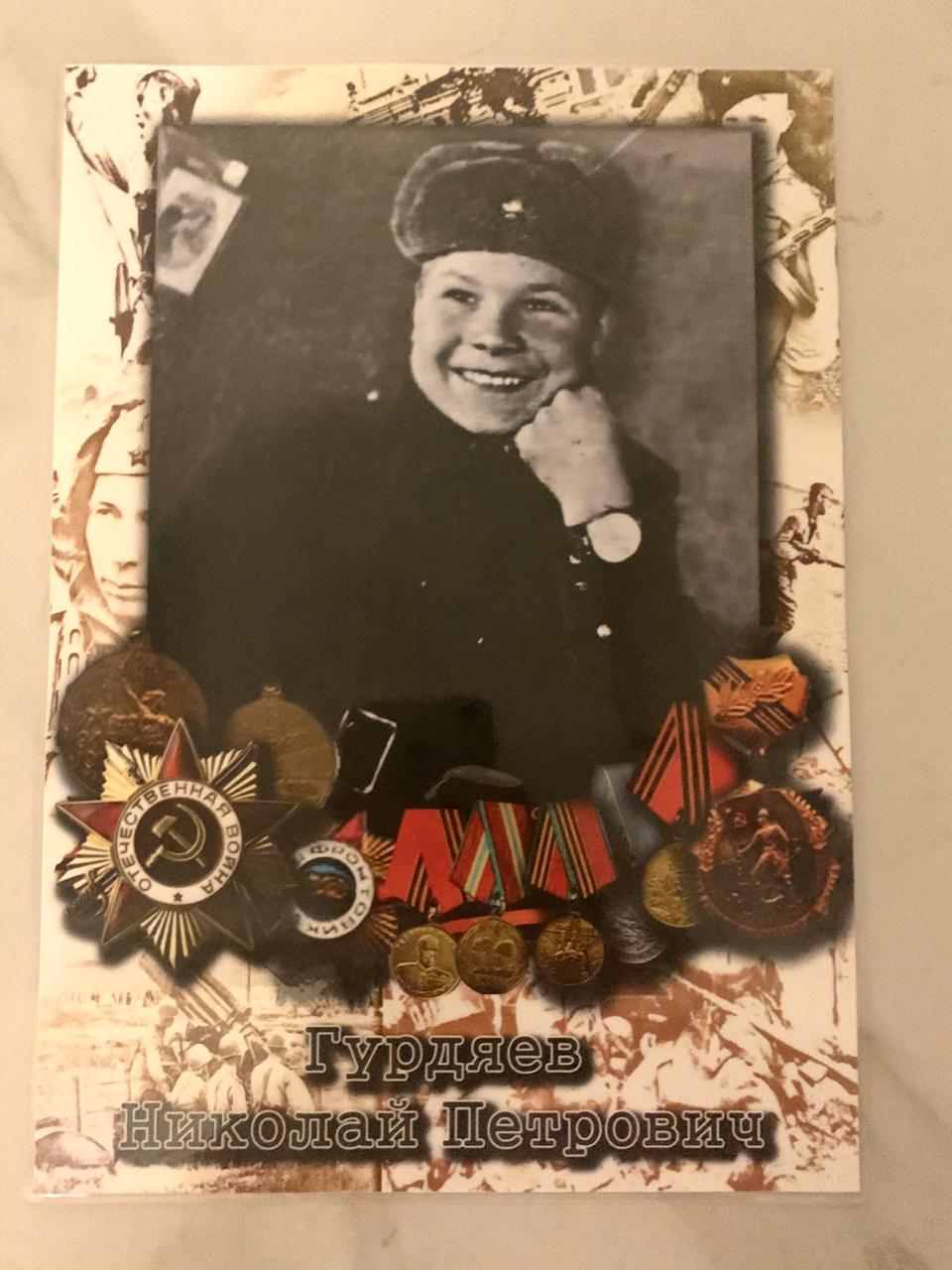 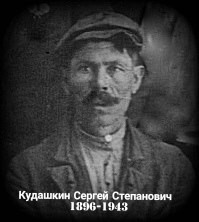 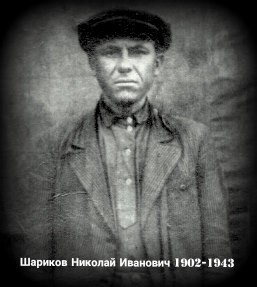 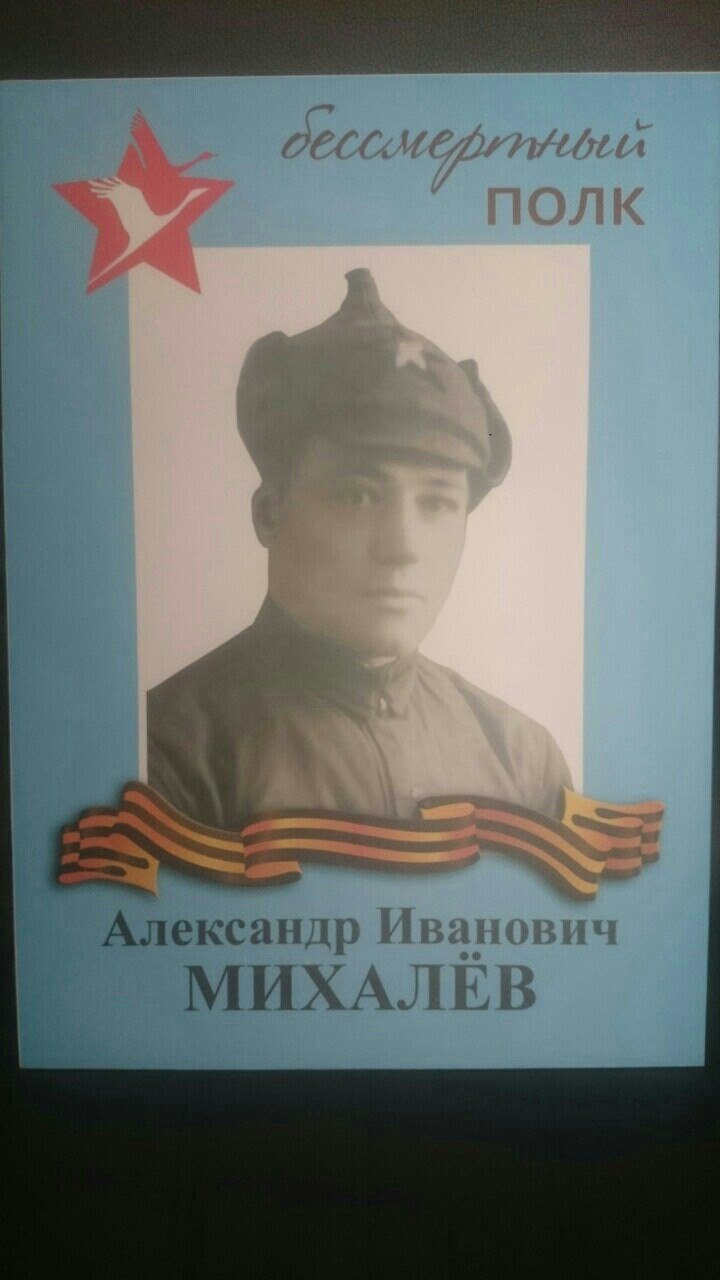 Belikov, Paul A. was born 05 January 1919, a native of the Krasnoslobodsky district of the Republic of Mordovia.

Paul Belikov in 1939 joined the army. Started the war with the Western frontier. The regiment in which he served, he fought in Moldova, fought for Chisinau. In Ukraine, the Lull in Paul's concussion, but the hospital did not treat. Once they were surrounded, a gun was denied, and in the course went hand grenades. The teachings of Paul, threw grenades on the far side, and in battle his grenades flew closer, the Romanians retreated. Then the Paul regiment with losses retreated to the suburbs, but of those who were each worth three.

The regiment re-formed, and again in the middle of Stalingrad. Fighting did not abate for days. In Stalingrad, Paul received a bullet wound in the right arm, was in hospital in Saratov, then in Saransk. But home was not hit. Was again enrolled in a new part of the suburbs, station Mole. In early March 1943, he was sent under Rzhev. Troops liberated Rzhev. One day Paul sent to investigation in the nearest village. Paul the tall pines in binoculars saw a lot of dead people after a battle. The village was quiet, the Germans left. Paul and his men went to chain in the direction of the village. But barely look like they hit from a machine gun. Everyone ran into the woods. Paul was wounded, one explosive bullet shattered his left leg and another in the left hand. Through his pain, Paul crawled until he exhausted himself and fainted. About days spent on the March snow. When they found him, felt hopeless, but operated. The young soldier contrary to the predictions survived. Left without one leg, one hand is severely damaged. About a year he roamed the hospitals, and in November 1943 returned home.

Awarded the order of II and III degree.

Defender of the Fatherland, my grandpa, Aleshin, V. G. 1921 R. Sergeant 985 320 art.regiment. He was drafted into the Soviet army from the first days of the war of 1941 to 1945 fought on the Caucasian front, the southern front, 4th Ukrainian front. He was awarded a medal for bravery, the Order of the great Patriotic war 2nd degree. I remember! I am proud of!

Knyazkin Ivan Vasilyevich was born on 8 September 1918 in the village of Lunga Kozlovsky district. Before the war he worked as a shepherd on the farm. In 1939 he was drafted as a volunteer in the army of Kozlovsky the military and fought in the Finnish war, and subsequently in the great Patriotic war. He fought in the rank of private in the intelligence division of the red army from 1941 - 1945. Place of service : 1310 legs 66 labr 21 artd. He was awarded 2 medals for bravery, medal for liberation of Prague, medal for the victory over Nazi Germany, he also had 90 votes and 2 premium sheet signed by Stalin. The war was not once wounded by shrapnel from the explosion. Was light (wound in right leg, a wound in the thumb of left hand by shrapnel from a German swastika wounded in the left arm) and severe (wounded in the left shoulder) injured. At the end of the second world war returned to his native village to his beloved wife . After the war he worked on the farm at harvest and on the farm. Knyazkin Ivan died 3 may 1980.

Kitarov Alexander M. G. 05.12.1913 - 18.06.1982 In 1939 he volunteered to the front, to the existing Red Army, the Finnish front. He served in the 666 infantry regiment in the rank of Sergeant was a squad leader. In 1941, serves of the red Army in 1101 infantry regiment. In the battle of Moscow was seriously wounded. He was treated in Tashkent after treatment was the reserve. Awarded the order of Glory 3rd degree

Ivan Nikolaevich. Born in 1914 In the village Green Wedge lyambir district. In 1942 he went to the front, served as a private in the Marines. He returned to his native village in 1945. To the war and after the war worked as a veterinary doctor. He died in 1959

Tutaev Ivan was born in 1920 Petrovka goats one area. In 1940, he was drafted into the Red Army. And in 1941 he was enlisted in an artillery regiment 838 291 Gatchinskaya division. 12 August 1943 was presented to the medal" For defense of Leningrad"

Rotanov the St. Clement K. was born in 1908 in the village of Chukaly-na-Nue Atyashevskiy district R. Mordovia on the war was drafted in 1942. He fought in the regiment 637 140 infantry divizyyi. Long time spent in the hospital and I got home leash 1946. He was awarded several awards including the order of the Patriotic War 2nd degree.

Lieutenant Kuleshov Mikhail Pavlovich was born 15.09.1907 the city of Ostroh (Ostrog Putejsky, now S. Usyskina Insarsky district), Penza province. On the front was the commander of the communications platoon 404 SD 652 SP. In the battle of Kerch was wounded in the head, was wounded and captured. After the war he returned home, he lived with his family in the town of Insar. Died in July 1983. He was buried in the city of Insar.

1. Order Of The Red Star

4. The medal "For defense of Leningrad"

5. Medal "For defense of Stalingrad"

Place of birth: the village of Butyrki, Atyashevskiy rayon, Republic of Mordovia.

Information about the award:

Information about participants of the great Patriotic war of 1941-1945, relatives of pupils (PDF)

My dad, Cossacks, Viktor Yanukovych, in 1944, 17-year-old boy was drafted into the Red army. Served on the Western border of the USSR border troops, fought with the Ukrainian nationalists (OUN), popularly known as Bandera. May 9, 1945 the war for the Pope not over, the struggle with the OUN for him lasted 7 years. Awarded the medal "For military merit". Only in 1951 was discharged from the army and was able to return to civilian life. Life is peaceful for him was closely linked with Saranskiy lamp factory, he was the author of many introduced innovations, for which he was awarded the honorary title of Honored inventor of the RSFSR. For his work was awarded the Order of red banner of labor. 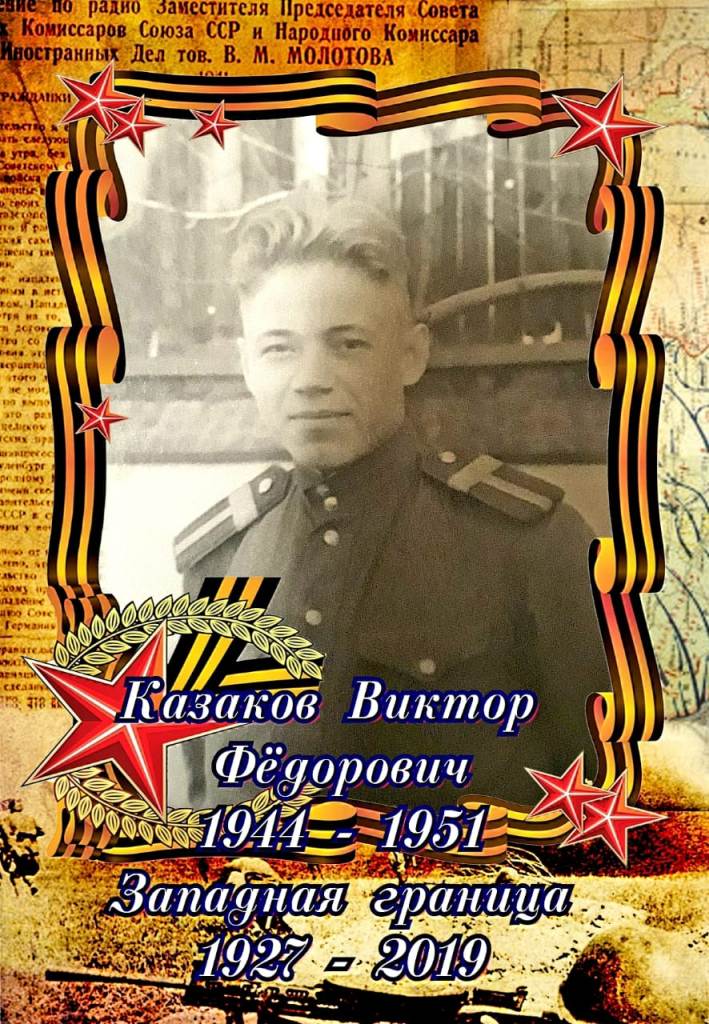 Great-grandfather, Prince Alexander Ivanovich born 1904.
Drafted into the Soviet Forces in 1941.
He came to the city of Szczecin( Poland) in the rank of senior Lieutenant.
Awarded the Order of Patriotic War 2nd degree. 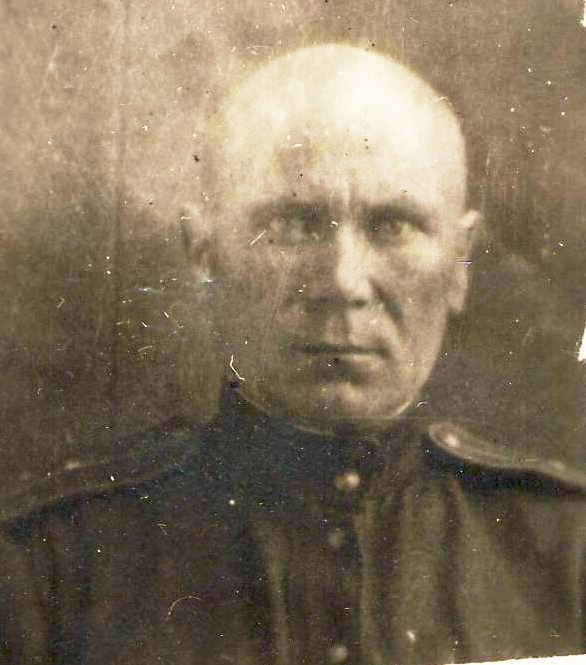 Demin Ivan Egorovich was born 14.09.1909 year Larscom area mordovskoi ASSR, date of call 1.01.1941 year Ladsim RVC Mordovian ASSR, the rank of the soldier, the Shooter of military unit No. 1021 of the Bryansk front in the battle for the station Lviv Orel region if the offensive was severely wounded in the right forearm, medal of honor of the Presidium of the USSR Supreme Soviet, ends feat 26.07.1942 G. date of death 18.09.1983 G. 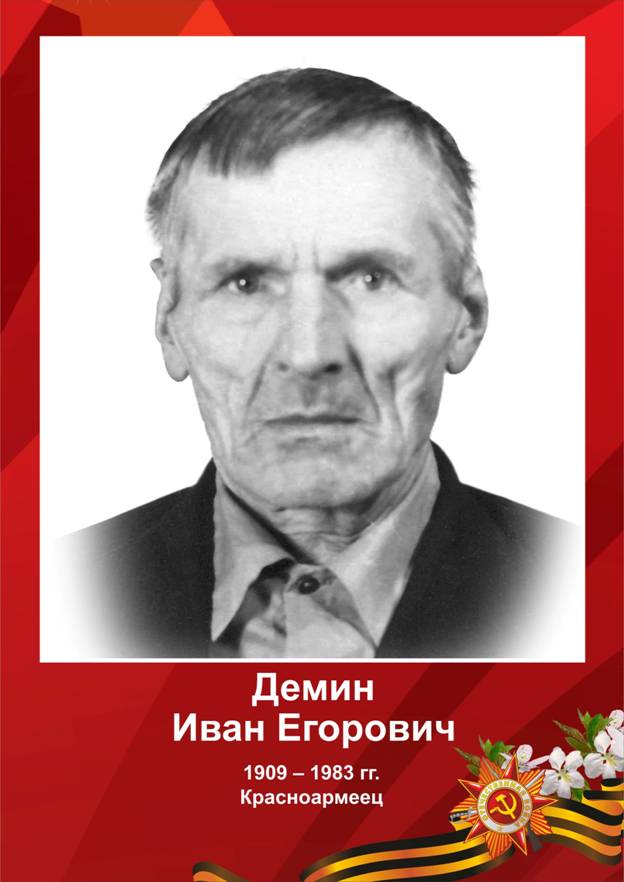 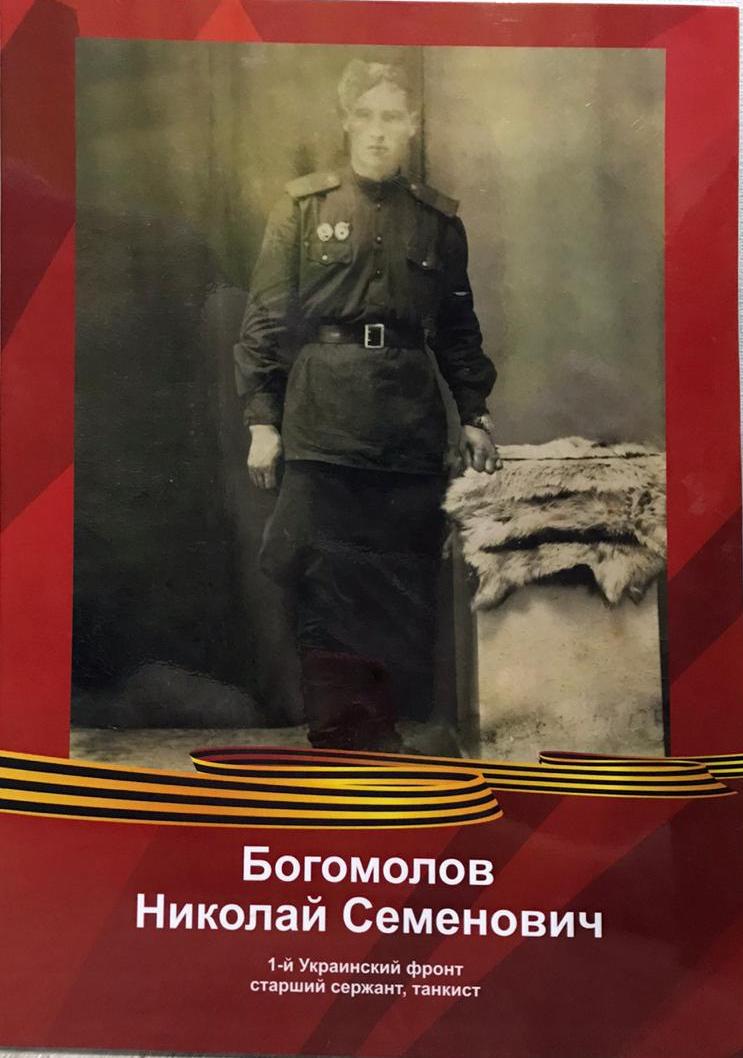 Grandfather was a scout. During the investigation over the Moscow river, in the defense of the village of Kryukovo,Moscow region, was severely wounded in the left heel antipersonnel mine on 5 December 1941. As a result of wounds partially lost ability to work.

Was awarded the government award - the medal "FOR COURAGE". 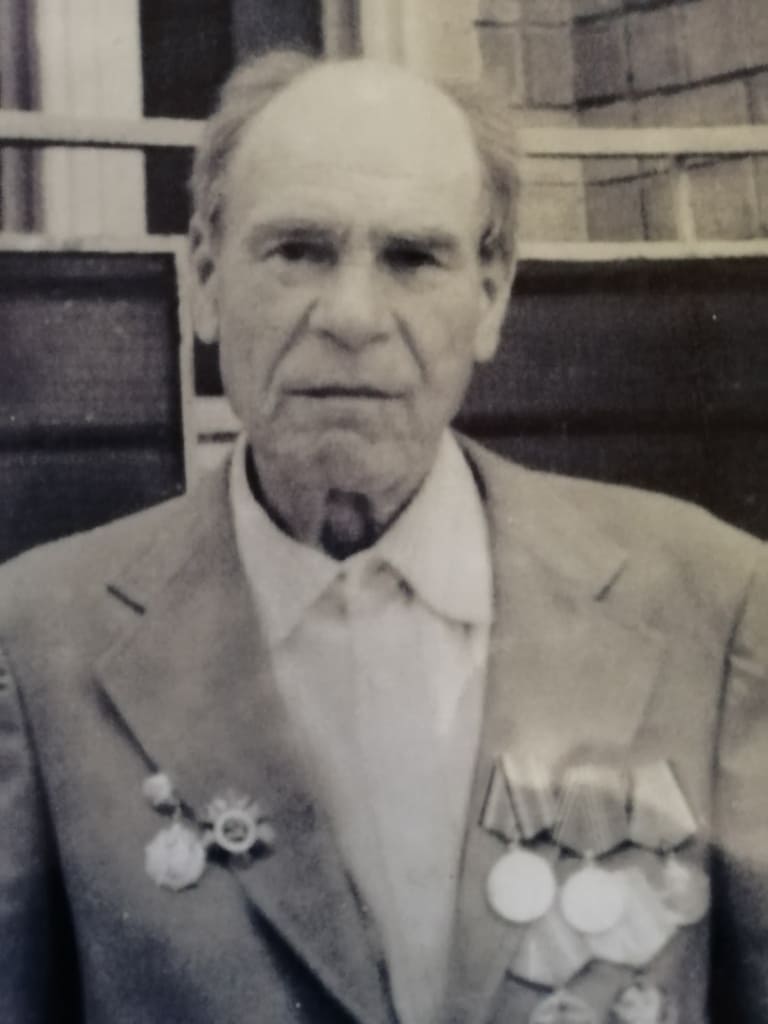 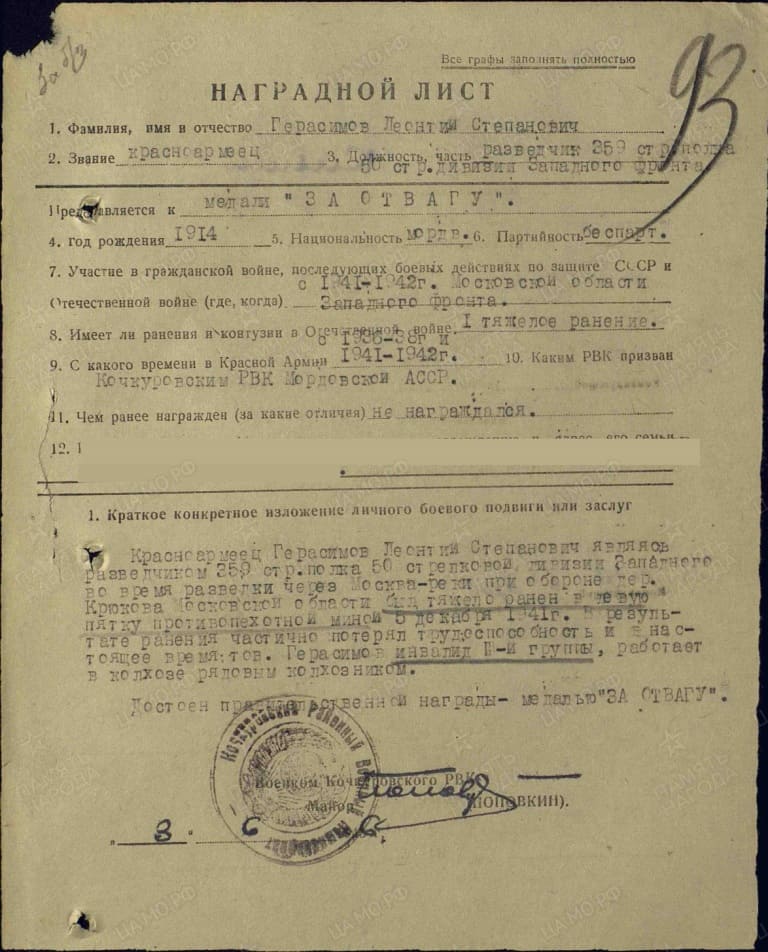 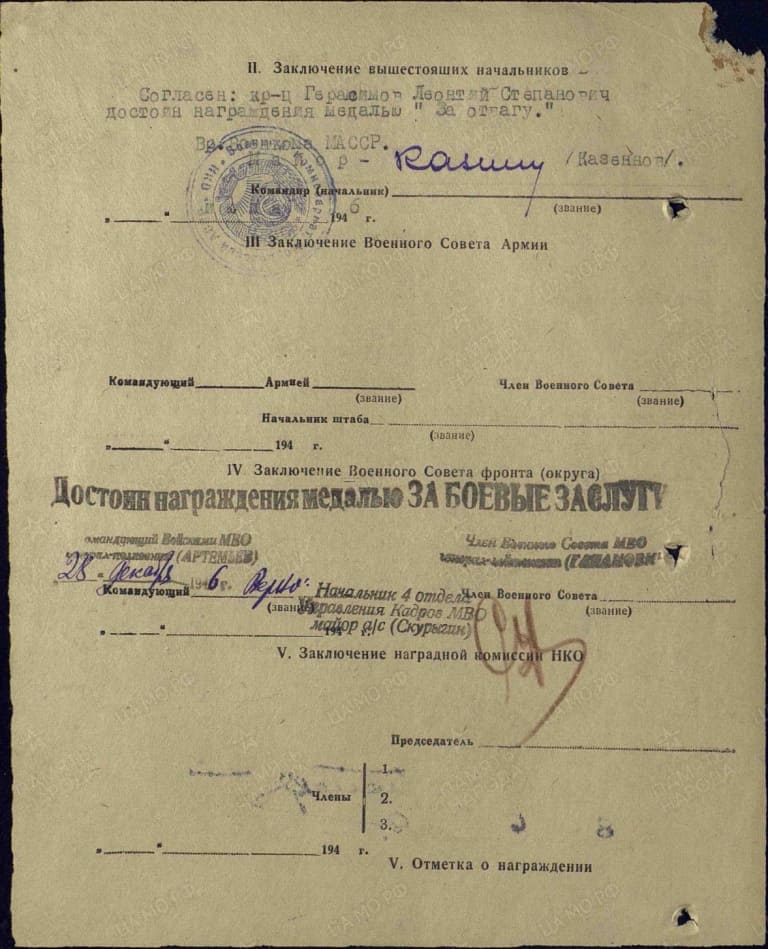 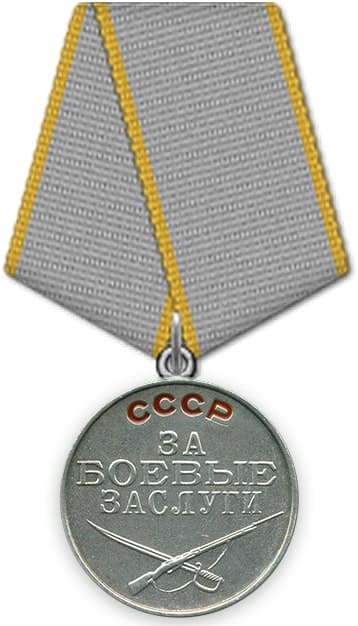 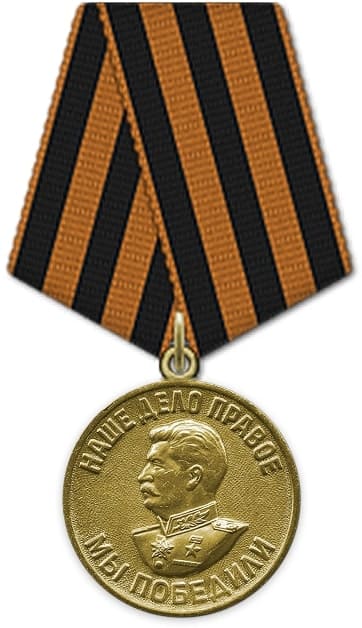 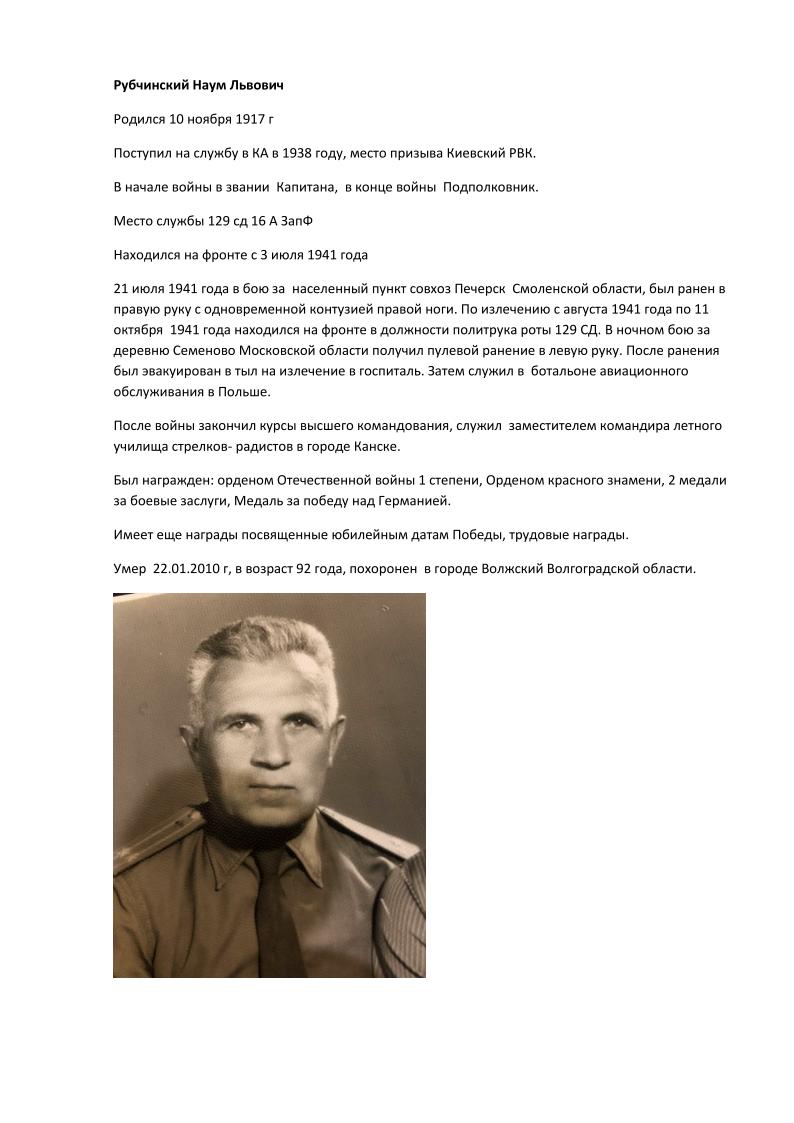 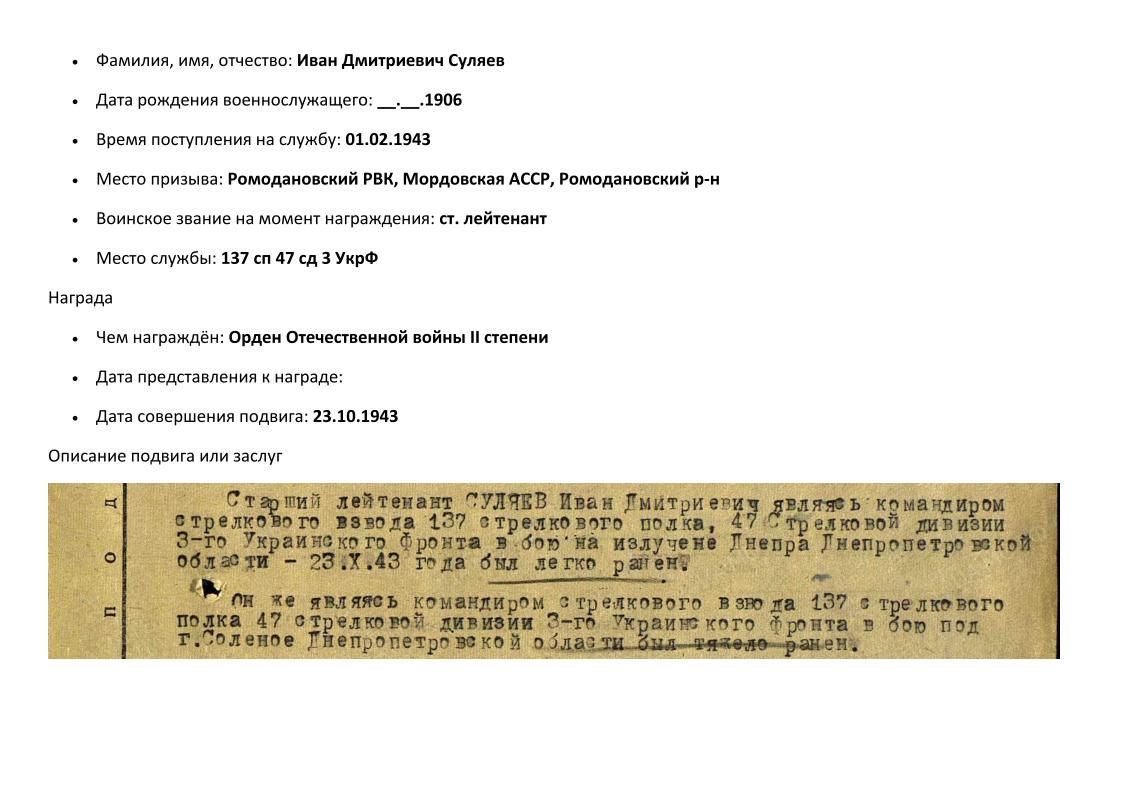 8.03.1942 in the group of 20 people were sent to replenish the 201st VDB, g. Ramensky, where fighters should undergo a full medical examination (20 people Board were only three).

Due to unfavourable combat situation, almost immediately was sent to the Leningrad region, which produced the attempt to liberate the city of Staraya Russa (winter 1942). After that, being part of the 201 airborne brigade, during training, he received the specialty of mortar man 88 (88-mm).

Military hostilities ended in Vienna in may 1945, to military positions - squad leader, with the rank of Sergeant. Wounds were not. Discharged by order of Stalin "On the demobilization of teachers and agronomists from the red army to restore the national economy" from September 25.

He was awarded medals "For courage", "For military merit".